Proud For a Chance to be at the Sengoku 2 Press Conference
Today was a jam packed day of sight seeing both as tourists and as mixed-martial arts enthusiasts. As we left the hotel we thought we had found the Sengoku equivalent of the UFC Hummer...a lambroghini. Only later did we learn that Dan's contract only had provisions for a palanquin, which he took for a test drive. 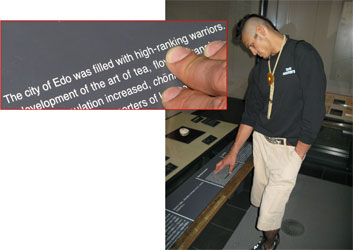 # posted by Joker @ 10:22
Comments:
Pictures are awesome! Sounds like a pretty sweet experience. What's it like being the biggest guys in Japan? I can see you running up to someone trying to get them to take a picture and them running away! Good luck out there!